In order to better serve you, our user, we've scoured the web for some of the most fun, the dumbest, the most ironic, and the most meta quiz games. Some of these are classic, some of them are timeless, some familiar and some very unique. Ultimately, it's a neat little list which should help you kill some time and maybe even sharpen your wits a bit. After all, some people actually believe that light puzzles, trick questions, and quizzes done on a regular basis somehow have the ability to stave off mental deterioration, and keep your mind operating at peak capacity!

We'll just have to take their word for it.

After all, the site might be dumb.com but it doesn't take a genius to know that there is nothing more satisfying than getting a question right. Be it a series of trick questions, a trivia game, or something which requires you to properly notice patterns and themes. Using quizzes to kill time when you're bored are a hallmark of being human. We eat, we sleep, and we obsess over the novelty of meaningless minutia by giving ourselves little baby boosts of serotonin for answering trick questions and solving meaningless puzzles. 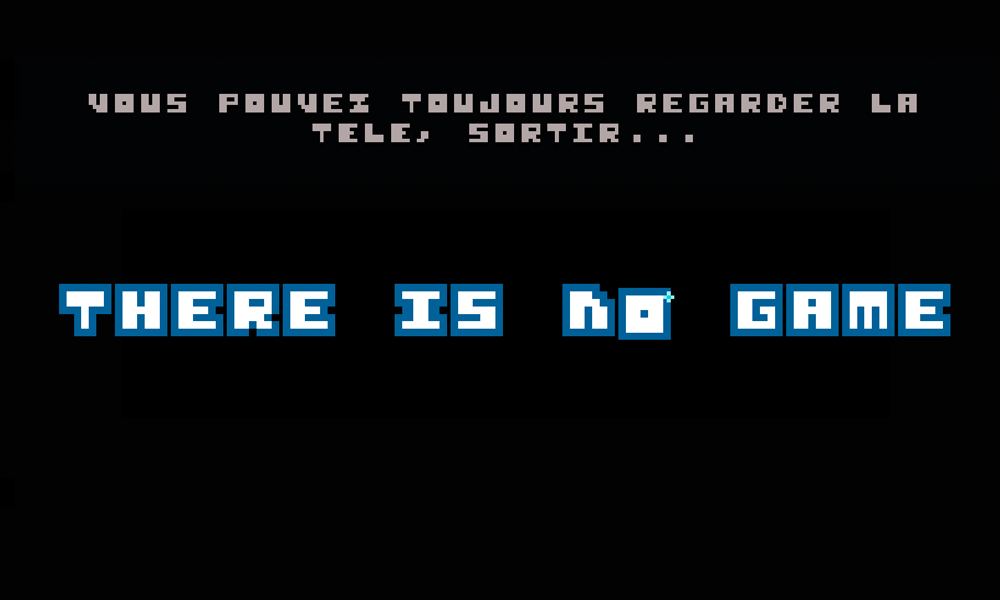 If you like meta-puzzles that make you figure the very mechanics of the game before you can even think about playing the game itself: This is the game for you. Pay attention to the narration --except for when he lies to you-- I can't tell you when that is, you'll have to figure it out for yourself. That is the game. If there is a game. 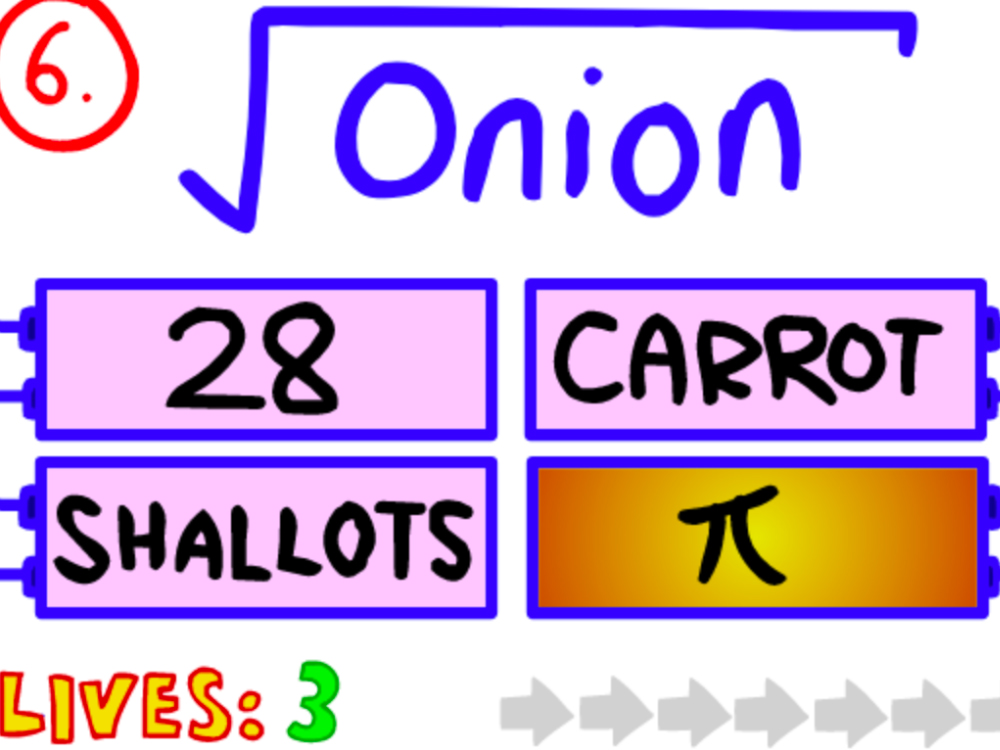 This game is old but it never really gets old. I've played it enough to have the first 5 or 6 answers memorized, then it gets weird. See, most quizzes have trivia questions that get increasingly difficult as the knowledge needed to answer them becomes more obscure. The impossible quiz, however, has no gravity, no rules, and no set direction. You're not answering tricky questions: the questions are just tricks. It's weird but it's still fun. Zombies aren't going anywhere. A few years ago the dead walked in, we thought it was a phase --it wasn't-- and now they're here forever. So, you might as well take this quiz and see how you'd do against the undead hordes marching through the streets. 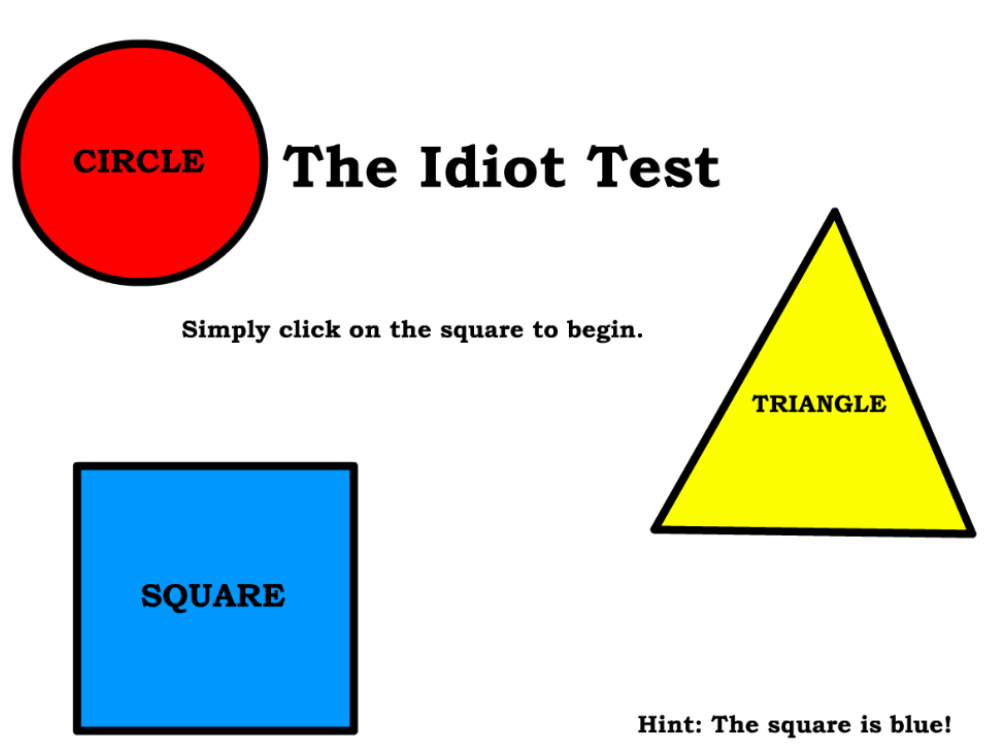 The simplest way to pass an idiot test is just not to take one. But if you are going to be dumb enough to take an idiot test, then you might as well take this one because it's actually pretty fun. This entry goes back and forth between being a puzzle and a quiz and you'll pat yourself on the back if you can outsmart it. Somebody just had to do it, didn't they? The Impossible Quiz was just so good and so timeless that some genius had to make their own version: The Possible Quiz. This one uses some of the same mechanics but subverts your expectations. Is it as good as the original? You tell me. 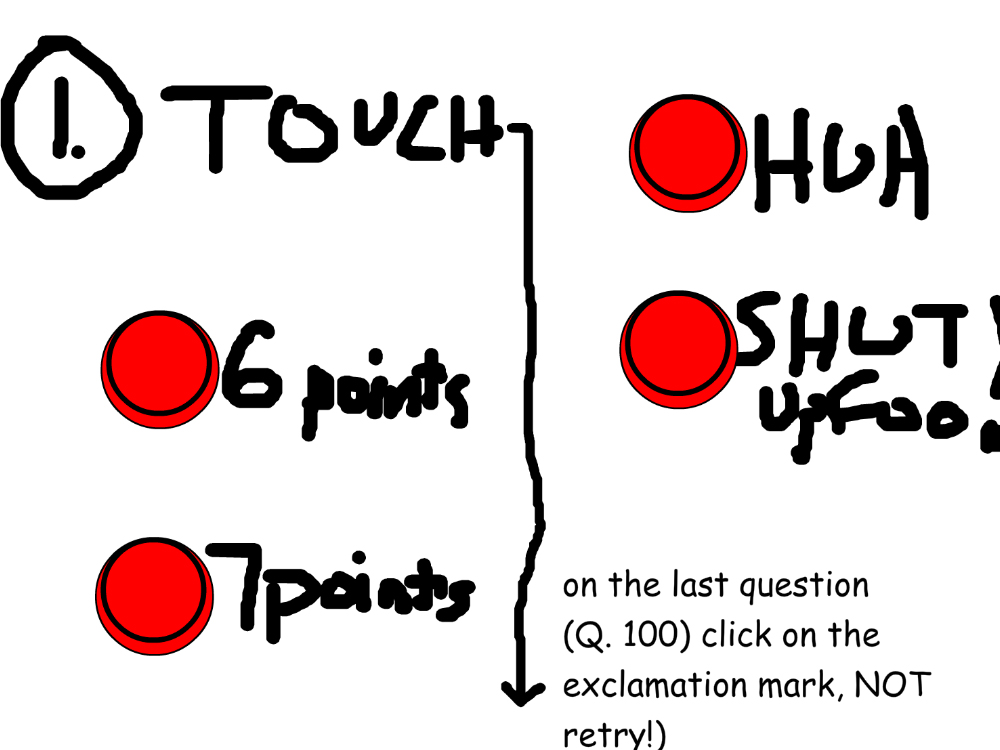 This quiz does a pretty good job of making you feel like a fool. Maybe that is what makes it a funny quiz? Much like some of the other quizzes on our list, this one plays with the format a lot which means you're going to have to figure out how to play before you can answer any questions. 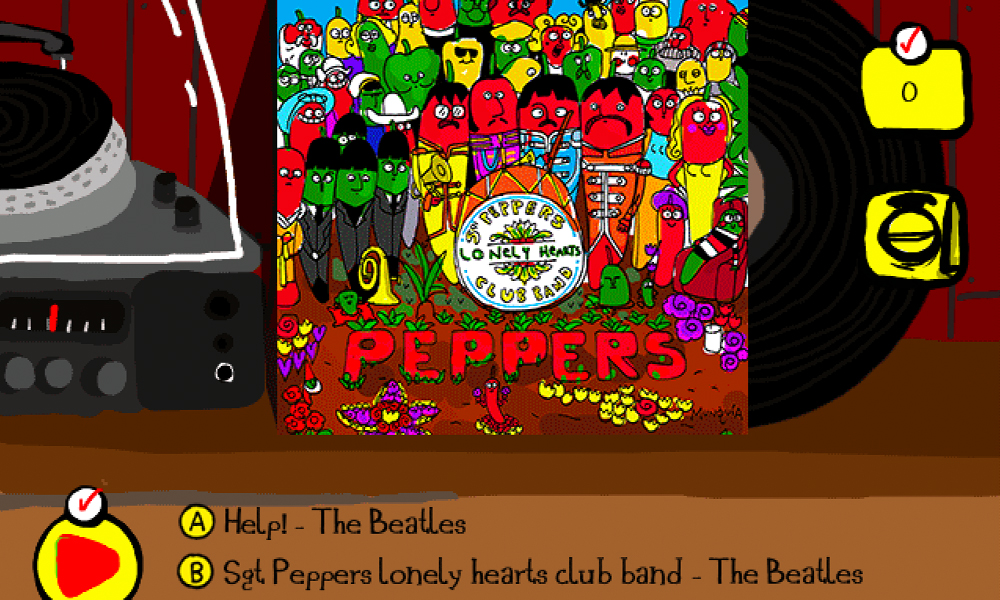 So, you think you can music? Do you know classic rock, pop, and rap? Do you think you could recognize an album from a classic artist if it was poorly drawn by an artist with a lame sense of humor? Well, then you're going to love Album Cover Parodies 2 --the sequel is always better. Do you like your vampires old and Transylvanian, young and sparkling, or gorey and grey? Do you know the difference between a steak and a stake? How well do you think you'd do against an army of the undead? Well, this game will answer all those questions. Whether you like it or not. This is as much of a game as it is a story and you will learn the story as you answer the questions. What you don't know when you start playing is that this game is an RPG and you'll be playing as you go along. Unlike most role-playing games, however, you won't choose your characters before you play: you choose them as you play. Who doesn't love Regis? And who doesn't want to be a millionaire? In this fast, fun, push your luck you'll be in the most famous hot seat on TV. Well, kind of! You'll be answering questions in a push your luck trivia game and you'll even have three different lifelines you can use if it gets too tough.